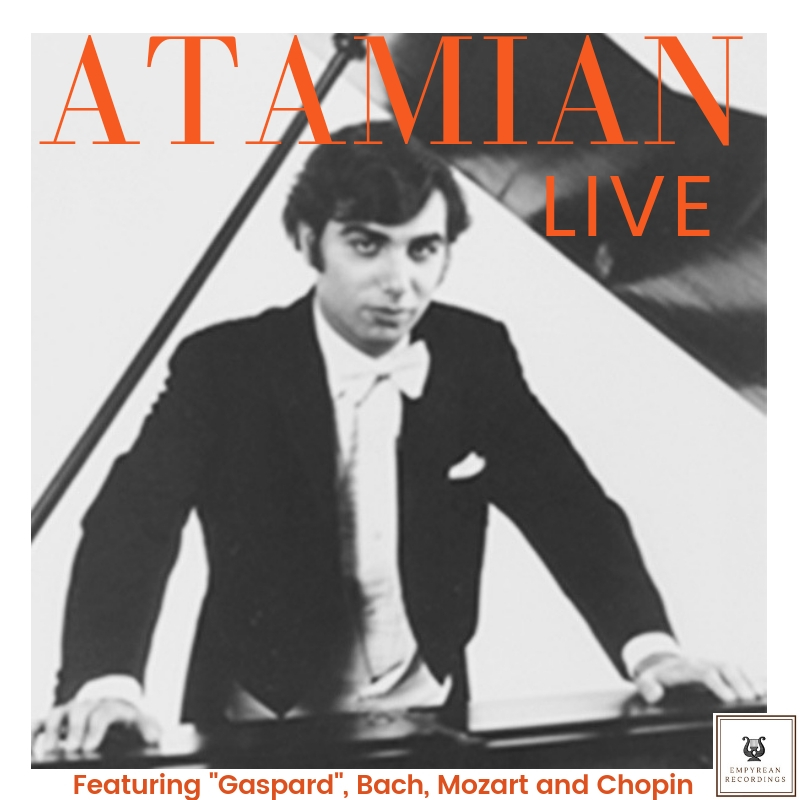 Atamian’s rare brand of pianism blends intoxicating poetry and sumptuous color with fiery power. This recital is a feast for the senses. 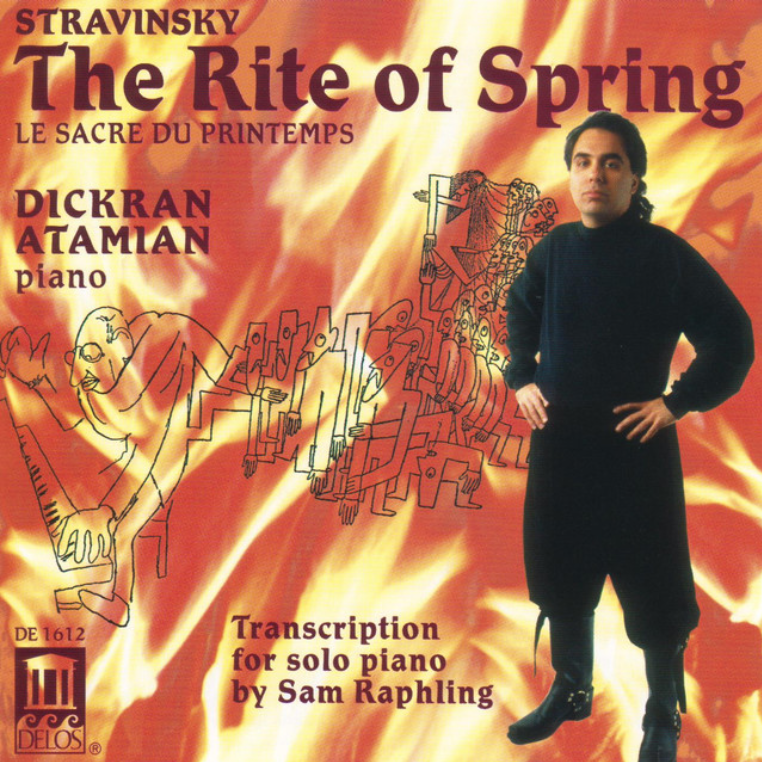 The Rite of Spring

Stravinsky-Raphling: The Rite of Spring – Dickran Atamian, solo piano – Delos DE 1612: The first thing one may notice is that this CD is only 30 minutes long. But what else to pair with this except perhaps the orchestral version of The Rite? I would suggest the Stravinsky-cut piano roll (for four hands) of The Rite, but that’s available on another label. Composer Sam Raphling made this transcription because he felt there was very little programmatic literature for solo piano, and that the Stravinsky version was thick and unwieldy. He wanted to create a pianistic, virtuoso piece – and he did, especially in the capable hands of pianist Atamian. The transcription is quite literal, but it doesn’t sound like the pianist is struggling to cover every note the orchestra played as with the Stravinsky piano roll. And of course the mechanistic feeling of even the best piano roll is absent with this stirring performance by a real pianist.

“…one of the more enlightening incarnations of Stravinsky’s masterpiece…this baby’s a keeper.” 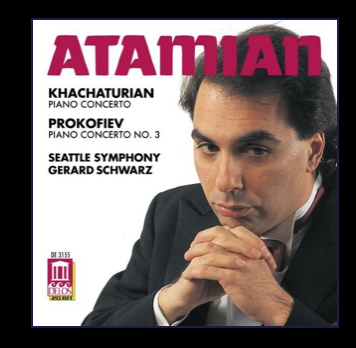 The Khachaturian Concerto is an old favorite of mine. I first heard it performed by British pianist, Moura Lympani, just after the War. It is one of those works that rattles around in one’s head for years; then pops out into conscious memory from time to time. Finally, I did a web search and found it on Amazon. The artist, a gifted Armenian pianist named Dickran Atamian has mastered a very difficult piece. His performance of the third movement, Allegro Brillante, is as good as I’ve ever heard (with apologies to the late Miss Lympani).

Prokofiev’s 3d Piano Concerto, on the other hand, while brilliantly performed, does not match the grandeur of the Khachaturian. But I was not disappointed. In my view it didn’t stand a chance. 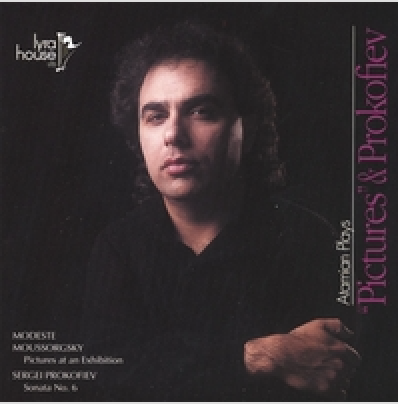 Atamian’s “Pictures” & Prokofiev CD is from early in his international career and demonstrates the roots of his dazzling technique, as well as the delicate sensitivity of his hands. These two monumental compositions test the limits of any pianist and clearly show not only the fiery, no-holds-barred style, but also the delightful versatility of this artist. In Pictures At An Exhibition, Mr. Atamian takes the listener through a gallery of paintings and depicts the observer strolling, stopping, looking, and reacting to the works. His expressiveness accurately and passionately describes each experience. Prokofiev’s Sixth Sonata is a staple in the repertoire of only the most accomplished of pianists. Its angular harmonies and daunting technical challenges are delivered with ease and excitement by Mr. Atamian’s profound experience and musical maturity.

Atamian Plays a Festival of Beethoven

Atamian Plays a Festival of Chopin 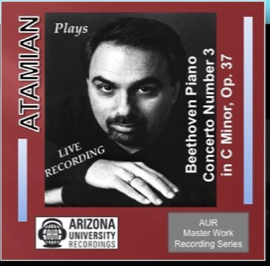 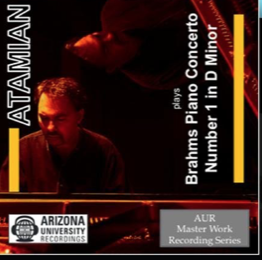 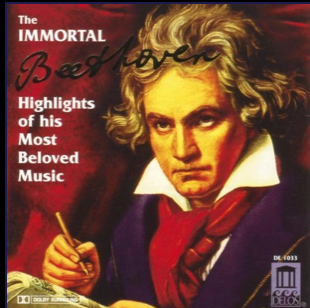 The Immortal Beethoven – Highlights of His Most Beloved Music

This recording was inspired by the feature film “Immortal Beloved.” 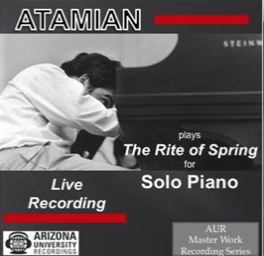 The Rite of Spring for Solo Piano, LIVE 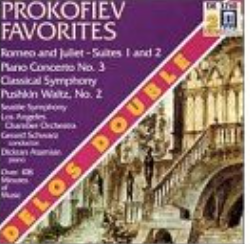 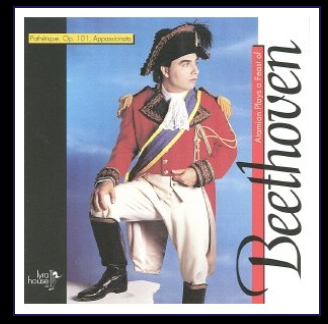 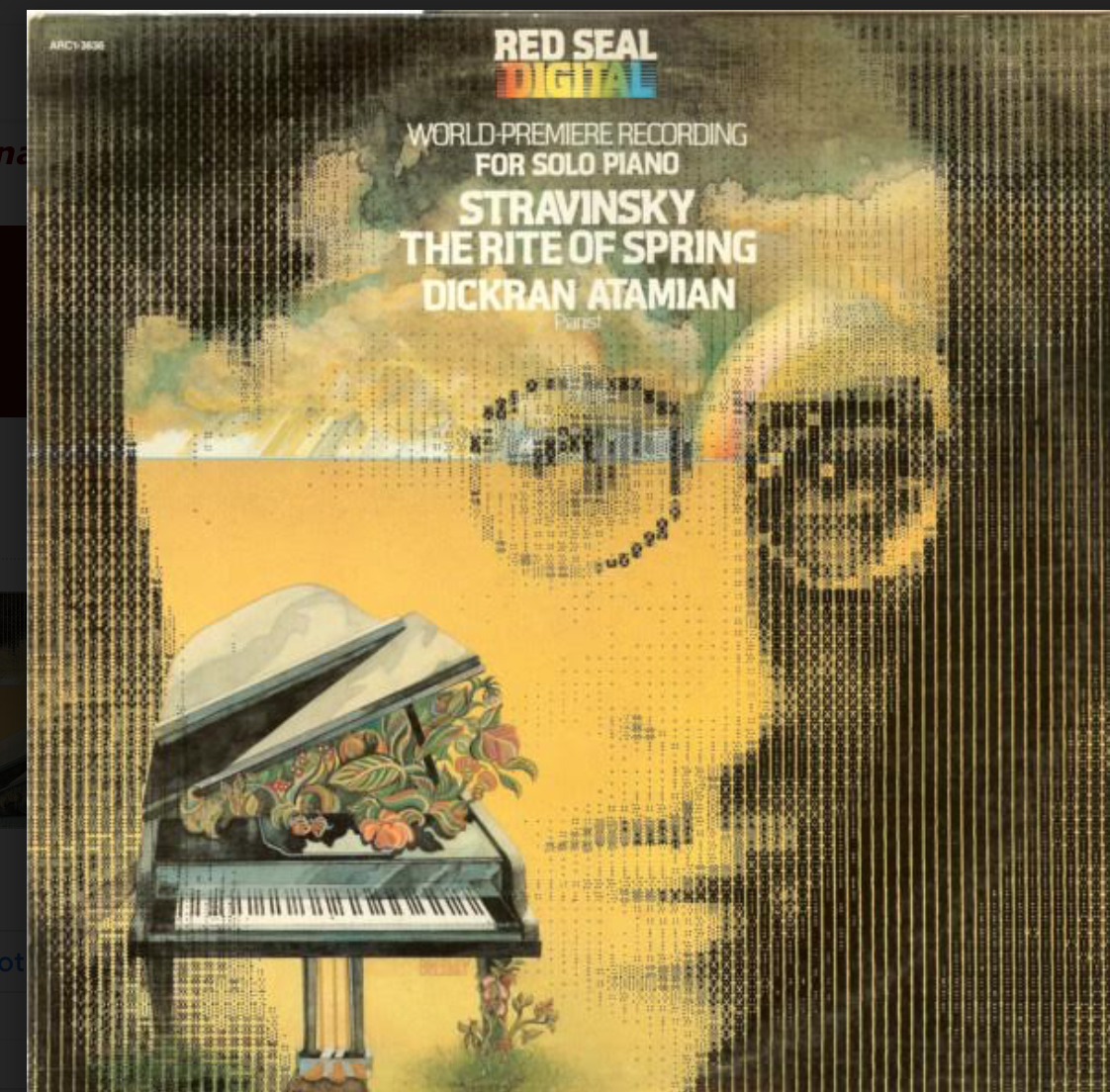 Stravinsky The Rite of Spring 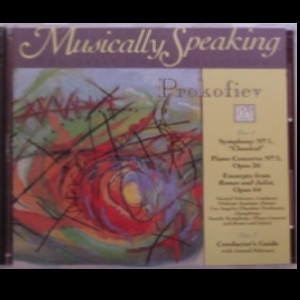 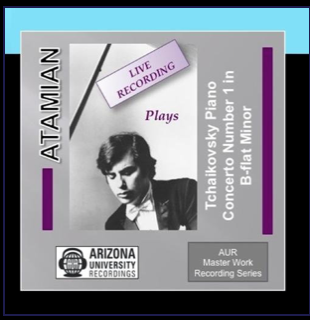 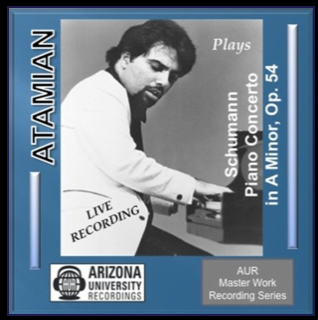